How to Boost the Value of Deferred Compensation Plans 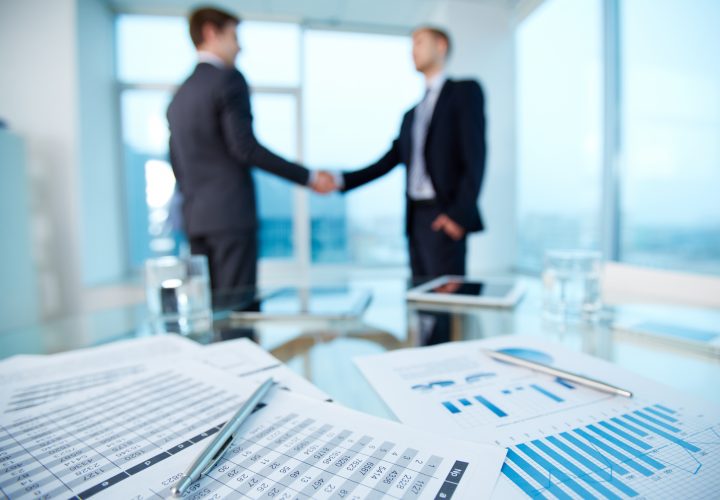 Non-qualified deferred compensation (NQDC) plans, which allow highly paid workers to set aside income on a tax-deferred basis, are popular tools employers use to attract and retain executive-level talent. Unfortunately, they can also introduce significant volatility into the income statement.

Companies primarily hedge that risk with one of two strategies, but a recent study we conducted found that a third, less-common strategy — a total return swap (TRS) — is the most optimal. In the case of one company, adopting the TRS created an estimated $93.5 million of value.

The rise of NQDC plans was a reaction to the inflexibility of “qualified” plans, including 401(k) plans, which were provided for in the Revenue Act of 1978. The legislation allowed individuals to set aside limited amounts of income that could grow while taxes were deferred.

Qualified plans, however, allow only a limited amount of income to be set aside — in 2017, it was $18,000 a year for those under age 50. Over the years, as highly paid executives sought to defer taxes on more of their income, corporations increasingly offered NQDC plans. Today, an estimated 92% of Fortune 1000 companies do so.

However, the plans can cause uncertainty with regard to booked expenses. Future liabilities with respect to each executive in a company’s NDQC plan rise and fall with the changing notional value of plan investments that the executive chooses.

One of the two most popular ways of hedging that volatility is purchasing the same funds in the same amounts as the investments that executives make in their own NDQC accounts. A key benefit of that method is that it’s easy to implement and understand.

The other common hedging method is purchasing company-owned life insurance (COLI), which is essentially a portfolio of investments with a life insurance wrapper. In this case, the earnings on those investments are tax-free because they’re expected to be received in the form of a death benefit. But COLI is very complex, according to one Fortune 500 executive. “No one really understands what we’re paying or on the hook for,” he says.

With a TRS, introduced in the early 2000s, a company enters into a contract whereby it pays a bank LIBOR plus an additional fee in exchange for the returns on a basket of mutual funds.

The research we conducted consisted of reviewing white papers, surveys, and presentations examining these strategies; interviewing two consultants and a half-dozen Fortune 500 treasurers; and constructing a model to quantify the value the company referenced above created by switching to TRS.

Our finding: a TRS can hedge income-statement volatility and create substantial value for a company. In fact, the $93.5 million that the company referenced above saved through a TRS offset two-thirds of the total amount it owed to executives in its NQDC plan. However, while a number of very large companies are taking advantage of that opportunity, many other companies that could benefit are not doing so.

The biggest benefit of a TRS is that it’s capital-efficient, experts say. The company doesn’t have to invest in securities; it just pays the swap fee monthly and receives or pays gains or losses on the swap. The company then has more capital to invest in its business, which typically provides greater returns.

A company’s weighted average cost of capital (WACC), which indicates what it could earn by investing in its existing asset base, is greater than 8% in many industries. Thus, if the company ties up capital in mutual funds earning 6%, the cost is more than 2% per year for however long the income is deferred.

Another advantage of a TRS comes from favorable accounting treatment, whereby gains on the swap can be recorded above the gross-profit line, so that analysts and rating agencies give the company credit for them. From an accounting standpoint, this directly offsets the compensation expense that the company is hedging. And, by taking a tax-hedge election under IRC 1221(b), companies can defer tax on the TRS gains, losses, and expenses.

Further, the swaps are transparent. “You know exactly what you’re paying, and the nice thing about a derivative is that you can always [stop using] it,” one corporate treasurer says.

Experts point two probable reasons why more companies aren’t using the TRS. First, it hasn’t been around nearly as long as the most popular strategies. Second, many companies that began using COLI as a hedging strategy decades ago believe they can’t stop using it without suffering a sizable tax hit. While that’s true to a degree, the initial amount of COLI purchased, known as the “basis,” generally can be withdrawn without triggering taxes.

The ability to invest more in the core business? The ideal accounting treatment? Deferral of taxes on investment gains? Transparency? There’s a lot to like about total return swaps.

No one really understands what we’re paying or on the hook for."